The Italeri F-22 Raptor is continuing to progress, along with other projects.  This was originally going to represent an operational F-22 out of Langley, complete with the distinctive "Raptor Sheen" metallic finish.  I grew up in the Virginia Tidewater area, and spent many a summer day hanging out near Langley runways watching aircraft from the 48th FIS take off and land.  In those days (mid 70's), the base was populated by F-106s. I remember being excited by the transition to the brand new state of the art F-15 Eagle.  Only later, on a visit back up north, was I able to see the Raptors operating out of the base.

Anyway, I have a Revell of Germany F-22 kit as well.  It is a much later tooling, so I decided on a whim to compare the two molds side by side.  Big mistake.  As I looked at them, it became apparent that the Italeri kit, being based on essentially a pre-production aircraft, suffers from some significant inaccuracies when compared to more recent releases.  It is not really suitable for an operational Raptor, and I have decided to simply make it the roll out Raptor 01.  Raptor 01 did not have the snazzy metallic paint scheme of operational Raptors, but did have some ceremonial colored markings that squadron Raptors do not.  Six of one, half dozen of another there, I guess.

Here are the latest pics. 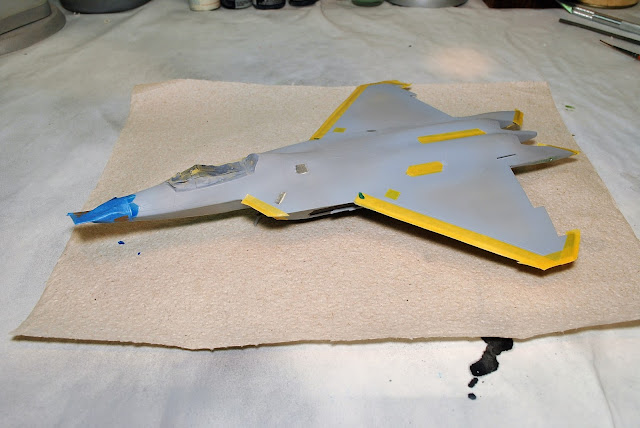 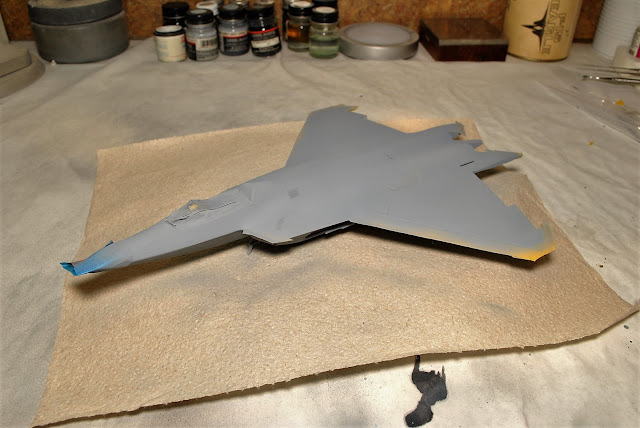 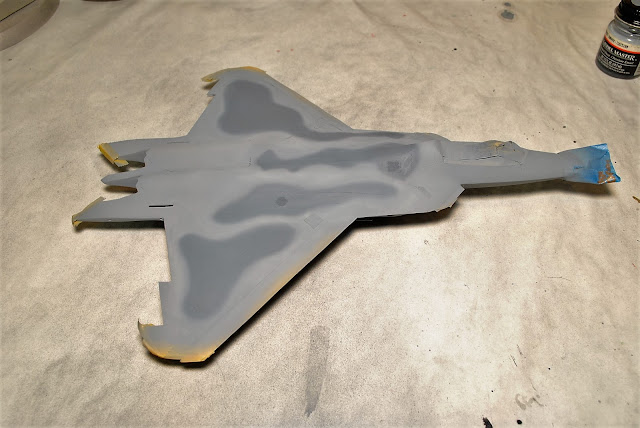 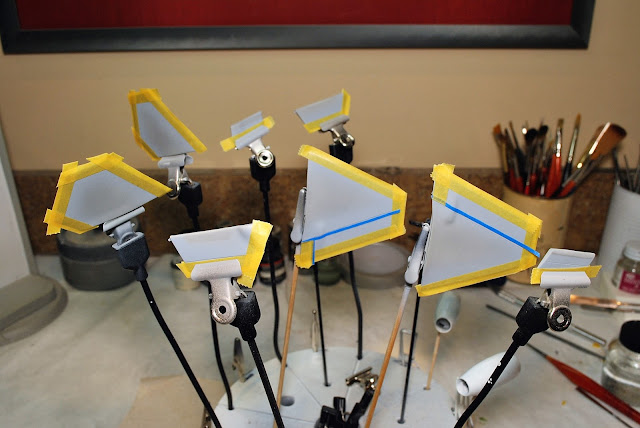 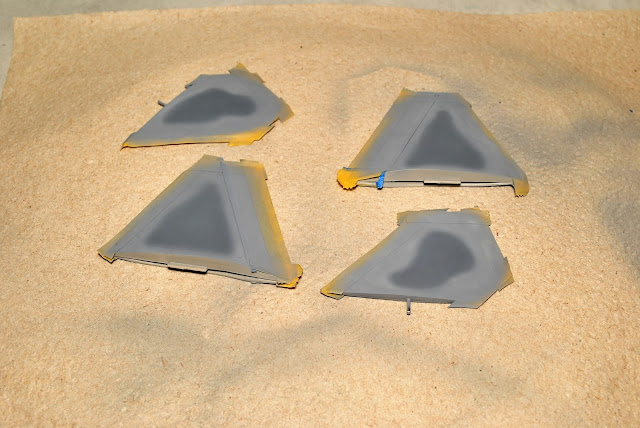 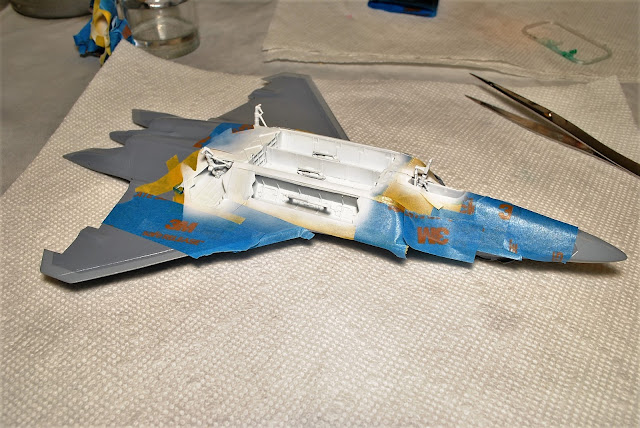 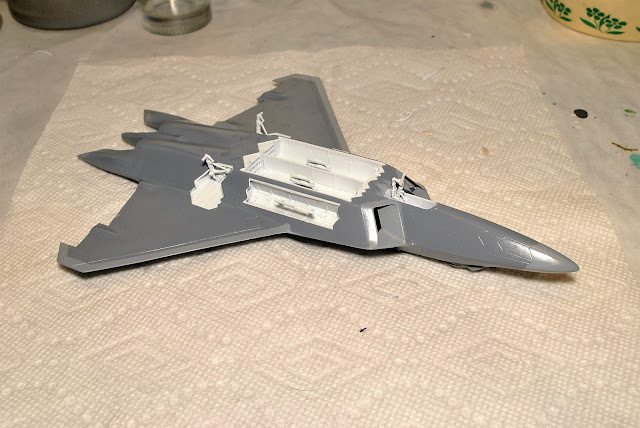